Usually I write my review in a pattern but for this particular book I would like to talk about it in paragraphs as I want to add my personal comments too in it. Alice Walker represents the Black Feminism Movement and this novel is a perfect example of this. I read this novel as it was in my course. I must thank the people who introduced this to our Syllabi. I was stunned to know that such discrimination exists.

I am not going to talk about the appearance and other things which I used to talk in my previous reviews. I will talk about the main aspects of this book.

“The Color Purple” is foremost the story of Celie, a poor, barely literate Southern black woman who struggles to escape the brutality and degradation of her treatment by men. The tale is told primarily through her own letters, which, out of isolation and despair, she initially addresses to God. As a teen-ager she is repeatedly raped and beaten by her stepfather, then forced by him into loveless marriage to Albert, a widower with four children. To Albert, who is in love with vivacious and determinedly independent blues singer named Shug Avery, Celie is merely a servant and an occasional sexual convenience. When his oldest son, Harpo, asks Albert why he beats Celie, he says simply, “Cause she my wife.” For a time Celie accepts the abuse stoically: “He beat me like he beat the children. Cept he don’t never hardly beat them. He say, Celie, get the belt… It all I can do not to cry. I make myself wood. I say to myself, Celie, you a tree. That’s how come I know trees fear men.”

But during the course of the novel, which begins in the early 1900’s and ends in the mid-1940’s, Celie frees herself from her husband’s repressive control. Bolstered by her contacts with other women and by her affection for her yonger sister, Netti – who with Celie’s help has fled to Africa with a missionary group – Celie eventually leaves Albert and moves to Memphis, where she starts a business designing and making clothes.Ironically, it is Ablert’s real love and sometime mistress, Shug Avery, and his rebellious daughter-in-law, Sofia, who provide the emotional support for Celie’s personal evolution. And, in turn, it is Celie’s new understanding of an acceptance of herself that eventually lead to Albert’s re-evaluation of his own life and a reconciliation among the novel’s major characters. As the book ends, Albert and Shug sit with Celie on Celie’s front porch, “rocking and fanning flies,” waiting for the arrival of Netti and her family.

The plot summary gives us a clear picture of the discriminations Celie goes through. It further tells us about the various themes of the novel. The main theme is double discrimination. In this, Celie goes through rape by her own father and being ill treated by her husband. Even she is beaten brutally. She is also judged on the basis of her colour.

The other theme we come across is Male chauvanism. The male characters in this novel discriminate the female ones. They beat the females, rape them and hurt them.

A theme of Lesbianism can be noticed here. Usually, this concept is considered as a taboo in many countries but when we see this side and come across it we can say that yes, lesbianism is not wrong. There is very strong reason why this happened in the novel. Celie is beaten by her husband and one day when she comes across Shug Avery, she is surprised to see that she is bold, confident. This makes her admire her. Further, she began to confide in Shug. Shug gave her strength emotionally and physically. She felt safe in her arms. Shug made her an independent woman.

I personally feel Alice struggled so much to come out the shackles of male chauvanistic society and she confidently presented this book. I am impressed and still shocked that how could a father rape his daughter?  But this harsh reality is brought into notice.

Coming to the characters,I would say the female characters left me in an awe. Especially, Celie’s character. In the first part we see her weak, tormented girl and latter half showcase a new Celie who is independent and more confident. Shug Avery’s character is the stongest as she comes as a ray of hope in Celie’s life. Even Nettie has her own story to tell and how she comes out of it boldly. Whereas male characters are villaneous as Satan.

As far as the language is concerned. The book has errors. O wait a minute, they are not even considered because the whole book is written from the perpective of a 16 year old girl. The technique used in this novel is epistolary. This is one of the mind boggling book I have read. I could feel the sufferings of the characters and I have shed numerous tears.

Where you can buy this book? 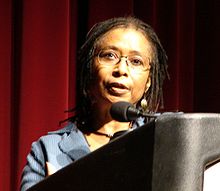 3 thoughts on “Book Review of Color Purple by Alice Walker”