Destiny of Shattered Dreams by Nilesh Rathod is a fast pace novel that has elements of thriller, tragedy and romance in it. It highlights the life of Atul Malhotra and gives us a clear account of the Corporate World. I won this book in a contest organised by the author so here I am telling my views about this book. Lets go through it together :

Cover- The cover of the book grabs the attention of the reader. The colour scheme perfectly suits it followed by a broken line that shows the showcases the purpose of the novel.

Title- ‘Destiny of Shattered Dreams’ is the most suitable title as nothing could have been better than this. The way the protagonist goes through trials and tribulations beautifully serves its title.

Plot- The plot construction is crisp and has no loose ends in it. It is a story of love, lust, relationships, corporate world, dirty politics, corruption and many more issues. The author has done justice to all the aspects. Atul Malhotra is the protagonist who seems to be a tragic hero. He is a successful man with unsuccessful married life and a relationship. He gets drowned in the web of corruption, murder and dirty politics which turns out to be his error of judgement or we can say his tragic flaw. Life takes a turn when harsh reality dawns upon him. It is a roller coaster ride of all the elements that take place in his life.

Themes- There are variety of themes in it. The theme of love, illicit relationships, betrayal, dirty politics and most important the theme of corporate life.

Charcterization- Atul Malhotra is the main character on whom this story is based. He is a failure when it comes to handle relationships be it with his wife Roshini or be it with his girl friend, Aarti.  He is caring towards both of them but situtaions parts him with both of them.Being a witty person he knows the knack of business sense. He takes all types of risks and end up in a pit which takes away everything. In the end he is a sufferer who learns from his mistakes and tries to mend the broken pieces of his life.

The female characters are not that important but they do play a significant role in the plot development. Aarti is a support system for Atul while Roshini is just the baggage for Atul. Both serve as a foil to each other. The other characters also play some role in the progress of the novel.

Style- The language of the author is simple, clear and lucid. It has brevity in it. The use of variety sentences makes it attractive. Whereas the phenomenal poetry with translation is the highlighter in the book. The locations chosen are amazing followed by enthrallling descriptions and mind blowing narrative styles.The texture of the book is appealing.  The only low point is repetition of sentences in the book and tinge of editing error. The other part is the use of corporative jargons which were unique as well as boring and could have been used in a better way. 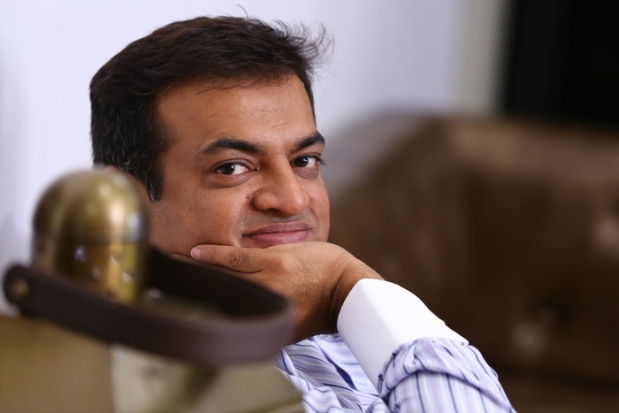 Nilesh Rathod is a businessperson, writer and poet. Co-founder of Ensemble Infrastructure India Limited, Nilesh’s company currently employs over 2000 people and has successfully delivered thousands of contracts including offices, hotels, hospitals and retail spaces for top corporates. Destiny of Shattered Dreams is his debut novel. Nilesh is currently working on his second novel ‘The Emissary’. He lives in Mumbai with his wife Preeti and sons Shloak and Parv.