Marry Me, Stranger by Novoneel Chakraborty is the first book in the Stranger Trilogy. This book gave birth to a character named ‘Stranger’ who is the core of this novel and the way he gets connected to the protagonist is the rest of the story. This novel has thrill, high voltage drama, romance, betrayal, suspense,mystery. 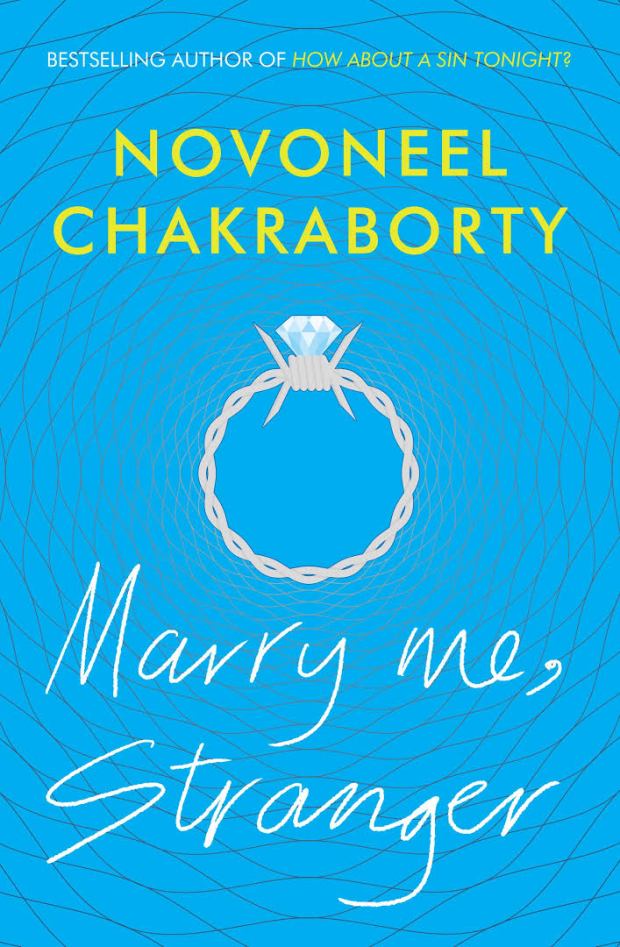 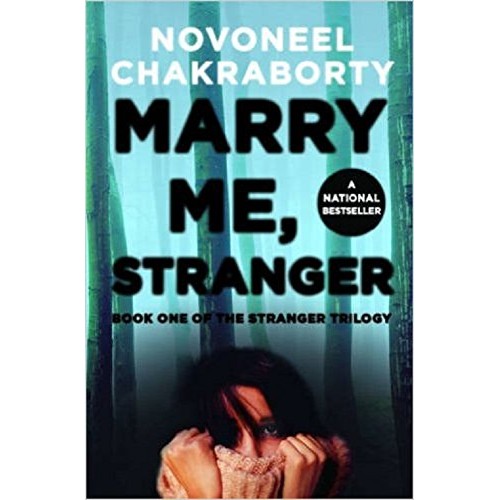 The Cover and the Title surely grab the attention of the readers. The earlier cover shows a girl who has covered her face and her eyes have fear in them. This gives us a spooky picture but that is not horror. The title is surely eye catching. The hunger hunt of the reader ends only when he grabs the book and finishes it in one go.

The Blurb is intriguing. I’m Rivanah Bannerjee, a young and independent girl living alone in Mumbai. My parents love me, my boyfriend adores me and I have a great job. But heres the thing-my life is in danger. Someones been following me around, watching my every move, trying to get control over my life. At first I thought it was a silly prank to gain my attention. My roomie suggested he must be a secret admirer. Is he? What he doesnt know is the police have set a trap to nab him. Soon I’ll know if its simply a lovers obsession or there is more to it. BTW, I call him stranger.

From the bestselling author of EX, how about a sin tonight? That kiss in the rain and A thing beyond forever comes a racy tale gravid with emotional twists, relationship quirks and mind-numbing revelations.

The Plot is engaging and binds the readers till the end. The story is of an independent Bong girl, Rivanah Bannerjee who lives alone in Mumbai. She has a perfect life comprising of her loving parents and caring boyfriend. But life takes a turn when someone enters her life without her knowing and started taking interest in her life. That person is named as STRANGER by Rivannah.

The book focusses on Love, Betrayal, Relationships and elements ofa perfect suspense thriller that often plays with the minds of the readers. The Characters are beautifully portrayed. Rivannah Bannerjee, an independent Bong who comes to Mumbai to do a job. She has a perfect fairy tale life and little did she know about the person whose following her like a nightmare. At times, he is a saviour, at times, he is dangerous and she is unable to figure out what he actually wants. This is totally getting on her nerves but this Stranger helps her as well as threatens her which is totally rhetorical. She has an amazing flatmate who soon turns out to be her confidante while the latter refuses to mix up much.

We are introduced to Stranger through his acts and the way the author describes. Even the readers are confused whether its some prank or reality. He helps Rivannah, makes her independent and makes her life good by making her do amazing things which she doesnt want to do. But when she wants to know his indentity he threatens her. Still, they share some special bond which is yet to be uncovered. We are just told that the stranger has an amazing voice and it brings chills to Rivannah’s spines.

The style of writing is simple, clear and lucid. Some of the sentences are just so beautiful that you end up noting down in your diary. The descriptions are fantastic and they just make you more glued to the book. Novoneel has a unique style of writing as he ends up playing with the minds of the readers through his play of words. Once can picturise the whole book while reading it and its an easy read.

The book is available on : https://www.pustakmandi.com/Marry-Me-Stranger 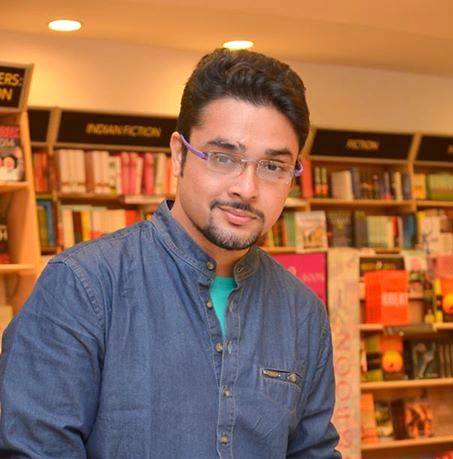 Novoneel Chakraborty is an Indian author of fiction. His specialty lies in romantic thrillers that he writes along with philosophy mixed with it. His first book “A Thing beyond forever” released in 2008 and won the national bestseller tag in just a few months of its release.

He followed it up with “That kiss in the rain” and then wrote the book that won him the biggest applause, “How about a sin tonight?” He went on to write commercial bestsellers like “Ex” and then “The Stranger Trilogy”. The first two books of the trilogy- “Marry Me, Stranger” and “All Yours, Stranger” have won many hearts. His recent release is “Forget Me Not, Stranger”, the final installment of the trilogy. His next book,“Black Suits You,” a psycho-sexual thriller is scheduled to release on 15th November, 2016. Apart from writing books, he is a scriptwriter for television.

2 thoughts on “Book Review of Marry Me, Stranger”