The Bollywood diva who ran away

Piya walked out of an explosive situation three years ago. She married Arfaaz for security but left him facing chaos she created. Now she’s back in Bollywood and searching for the crown she gave up when she ran away. In the competitive world of starry glamour, the only way she can begin her career anew is to trash the past and get a divorce.

The man who wants her atonement

Arfaaz is determined to get his revenge on Piya for making a farce of their marriage and leaving him to face the mudslinging. He forces her to keep up the appearances and stay with him so she can play the loving wife and repent on her sins. But Piya drives him crazy with her antics. On the top of that, the attraction between them sizzles and threatens to make him forget reason.

Piya knows she has lessons to learn but she cannot let this man enter her heart. There is too much to risk and she cannot afford to forget the real reason she has come back. Success is her mantra and her worship. She can be faithful to only her goal… 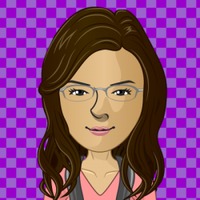 SummeritaRhayne writes sensual romance which is sheer escapism with lots of emotional conflict. She first got published in 2013 and has won contests with prestigious publishers such as Harlequin and Harper Collins India. Writing, she finds, is the only way to deal with the numerous story ideas bubbling in her brain which pop up more rapidly than her keyboard can do justice to. Her pet belief is that even when writing time is in short supply, if the inspiration is strong enough, the story characters get a life of their own and will find a way to make the writer pen them down. When cerebrally confronted with the sizzling interaction of two Alpha characters, the only way to get peace is write their book!

At heart, she’s a family person and even though she loves her medical teaching profession, she happily becomes a homemaker when not at work. She loves winding down with music, movies, cricket (strictly watching only) and social networking.