It was a pleasant day. I decided to go to an exhibition with my dad. The exhibition was boring and I was lost in myself. I had no interest in what that sales girl was telling me about a certain piece of cloth named PLAZo. She was enthusiastic and I was least interested. I was unable to concentrate anywhere because my mind was lost in him. I told my dad to drop me to my class and he agreed to it. We were on activa and don’t know from where, it began to rain heavily. Dad stopped the activa near a bus stop. There were some people who were already standing there. We occupied the nearest available chairs. My salwar was completely soaked in water and I hugged myself tightly. I noticed a familiar face gazing at me. He had worn black shirt and blue denims. It was him. I saw him after two long years. He looked changed. He had put on some weight. I wanted to wave but guilt overpowered me. A drop of tear rolled down my cheek. I had turned my face and began to notice rain. I was looking at the rain and somwhere, his eyes were not leaving my sight, waiting for the answers of his unasked questions. But, I had no strengths to face him. 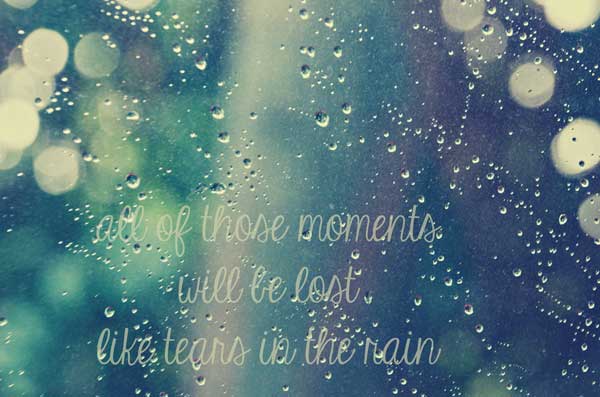 My dad shifted all his stuff in a plastic bag that he always carried. He looked towards me and said,”The rain is not going to stop for the next two hours. So you get an auto and go to your French class since you are getting late.”  I agreed to his suggestion and nodded. He looked for some auto. He looked for some autos and their he got one. My dad and he, both called for the same auto. I sat there and he was too there with me in that auto. I was in a state of tabula rasa and my mind was bugging me with so many questions, ” What if he asked me? What if he hates me now?” Suddenly there was a bump on th road and I was about to fell when he pulled me towards him. I was breathing heavily and my wet black-blonde hair were on his face. He met my black eyes and we both were lost in each other. After some nano seconds he carefully tucked one strand of hair behind my ear and whispered,” You still look beautiful and your heart even today beats for me. Your silence gave all my answers.” I was taken aback and kept flaunting his innocent eyes. The auto stopped and it was his destination. He stepped out and went away in the right direction. I kept looking at him till he was out of my sight. My heart was bleeding with pain. I wanted to call him but couldn’t. He was my past  which was like rain, that comes, makes you wet and goes. After that the rain stopped. I reached my class but still I could feel his warmth and his hypnotic voice. 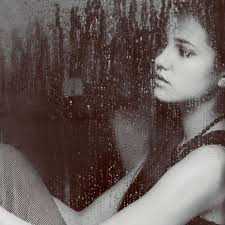