It took me almost 16 years to come up with this title for this man. This man is my saviour and the reason because of whom I am alive again. I have written many facebook posts about him just in a hope that one day I will find him. But to my bad luck, I will never be able to find him. So, I want to share my heart out about this person who is so special and I have blurred memories about him still I feel connected. He is Dr. Rishi, my mysterious man ‘The MYSTERIOUS U’!

I met him on 1 September, 2001. I was taken to Satyam Hospital as I had met with a deadly accident. I was almost dead and everyone had lost the hopes of my survival even my parents were in a fear that anytime the news of my death would come. My dad was in a shock, my mom and others were praying to God for my survival. I could unclearly remember when I reached the hospital, in a semi conscious state I saw a lean face. He was there in the OPD. He assisted the other doctors. I underwent 6 operations, 2head, 1upper and lower jaws, 2 stomach operations and an operation to deal with my spleen rupture. Yes, after that I was shifted to ICU and yes, I was not dead. Had I been dead I would not have been here writing about it. Okay, its not a joke. I was under machines and loads of pipes were attached to me. I was just 8 years old child and so much to handle. I could see him as he used to come for my head dressing.

I was half asleep when I heard someone talking to me.

“Hey Surbhi! How are you doing?”

I didn’t speak,just looked at him. A familiar face called me. Oh! He is the same guy who operated me. I heard him following the instructions. I thought that he was there to give me injections. Oh! I hate Injections. I looked at him and didn’t say anything. It was the first time in 4 days I had gained my full consciousness. I just nodded stating that I was fine. He said he was there to do my dressing. I pointed at the injection to inquire. He smiled gently and said he was not there to give me any injection. I was relieved. I gave him a wry smile. He told me his name was Dr. Rishi and he was handling my case. He looked lean, a black moustache and yes, not to forget his doctor’s coat and that stethoscope. He did my dressing and I felt safe around him. I told him I hate the smell around me. He quickly asked the attendants to clean the place around me. I said thankyou and he went. 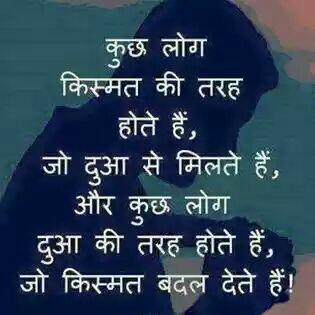 After three hours another operation was scheduled as some stones entered my body( I don’t know the medical terms). I was again taken to the OPD. He was there and he gave me a smile. I was super scared after seeing those dangerous devices used during the operation. His eyes met mine and he said,” It will pain you a little, just look at me.” I don’t know why I felt safe around him. I looked at him. I was in pain , crying but when I looked at him that pain felt like a healing to me. After that torture ,I slept for God knows how many hours.

Slowly I became addicted to him. I was an arrogant, adamant, stubborn soul and when my wishes were not fulfilled I used to refuse everything, doesn’t matter that harmed me only. One day he didn’t come for my dressing and another doctor came to do my dressing. I bluntly told him to call Dr. Rishi. He had another patient to attend to. I shouted and screamed when that doctor tried to touch my head.Yes, by this I made him clear that I am a tough nut to crack. He tried to bribe me with good words and chocolates but all I wanted was him. After 2 hours he came and he did my dressing. I was angry at him. I told him that I won’t let anyone touch my head other than him. He smiled. We were getting used to each other. He used to come in his free time and play ludo, snake n ladders with me. He used to take me for hospital rounds and we used to comment on various nurses around us. I used to throw those sticky lizards on them and make them irritated like hell and yes, I always had Dr. Rishi at my rescue.

On 17 th September, I told him that the next day was my birthday and I wanted to celebrate it. My nani agreed and yes for the first time in my life the venue was the hospital. Sounds wierd eh!He promised me that he would be there in time and before that he has some rounds and regular checkups to attend to. I agreed. The other day was exciting as everyone was wishing me. The hospital room was being decorated with balloons and other accessories. My mom told me that Dr. Rishi got that for me. I was elated. I couldn’t wait to see him in the evening. HE didn’t show up till the birthday celebrations. All the hospital staff and doctors including my friends and relatives were invited. All were enthralled as they had never seen any celebrations in the hospital. My eyes were searching just one person, Dr. Rishi. The party was at 5, he didn’t turn up. Then I waited for him till 6:30. All were compelling me to cut the cake as they had to go and complete there work but I was stuck to one point.” When Dr. Rishi will come, I will cut the cake!” Some waited and while some went. Nobody has that much patience I tell you! He finally came at 7. He had some candies and flowers in his hand. He said he wanted to be on time but it took him time to get the gifts. I had a happident smile on my face. I realised this man is something. We cut the cake and he sang birthday song for me. It was the cutest birthday around him. We together checked the gifts and gave comments on them. Even those nurses whom I always teased gave me gifts. 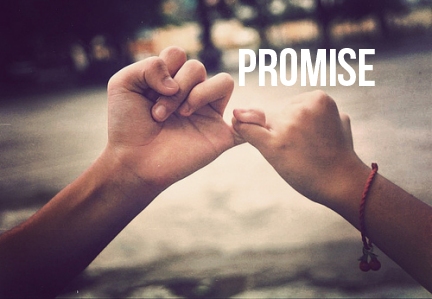 I was recovering and these interactions were going on and one day after 4 months, the doctor announced that I could go to my home.’HOME’.. this word made me realise I was not there for 4 months. But I started feeling pain in my heart. The feelinf of separation from this new place called HOSPITAL which I started feeling as my home. I no more hated this place. ANd a deep realisation struck me that I won’t be able to see Dr. Rishi. But I was told that I had to come after every 2 days for a dressing. I got some strengths. I used to meet him. I used to tell him all the stories and my favourite one was Hensel and Greatal. We used to invite him on dinners and sometimes I used to visit his hostel with my dad. We even used to exchange gifts on Diwali. After 15 days of my home coming I was hospitalised again. I couldn’t move my legs. And doctor said it was PARTIAL PARALYSIS. He was upset and couldn’t see me in that condition. He tried to console me but something hit my head that I would never be able to walk. My innocent words pained him. I could sense he was trying his best to help me. He knew it would take another 6 months to recover. He linked me with Dr. Panja. I don’t remember his full name. I hated him so much. He was completely stupid and my NAni used to tease me ‘ YOUR PAnja has come :P’

I refused to get myself treated with him. Dr. Rishi came to me and he was damn serious this time and said,” Why are you troubling others? Do you know that your DAD is in depression( I didn’t know this term, I just listened to him) Your mom has taken so many leaves from her school. Your grandparents come to see you everyday. Your relatives are worried, your best friend miss her study time to meet you and you are creating a mess. Do you know how much we all care for you?” His eyes were moist. He was hurt. He wanted to see me walking. He said he will be there with that stupid Panja. Yes, he accompanied him though it was not his field. I recovered from that phase also. Our bond strengthened. I felt happy around him. I had found a friend, a brother, a soul keeper in him. I felt only he could handle me well.

Yes, after an year of mess I again celebrated my birthday and this time at my home. HE was invited for sure. When I saw him, I jumped in his arms like a tiny toddler. He held me in his arms and embraced. My dad clicked that picture. The one and only picture I had with him. He gifted me a teddy bear which I still have it. The next day when I went for checkup, he said he was going to Shimla, his hometown. And that was our last meeting. 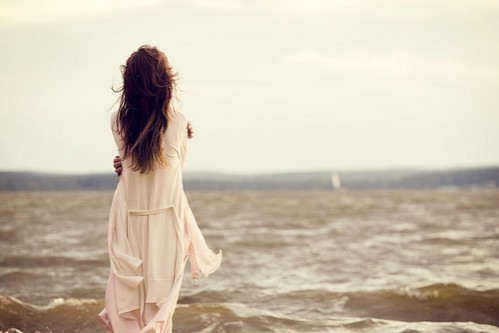 He healed me from my pains and left me. After a month, when we went for our last checkup we came to know that he had left the hospital as his work period( internship) was over. I was devastated. It has been 16 years since that incident. I met him just to lose him. Even today I shed fresh tears for him. I know he loved chicken , egg curry, moong dal, chocolates, pineapple juice. We were just perfect companions. I never met a person who made me feel so special. Even today I hug that teddy bear and cry to sleep. I know this much that when he left, he took away my soul too. A friend, a brother, a sould keeper whom I will never meet. 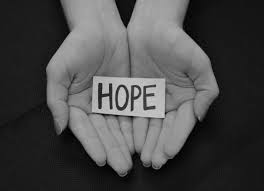 And now, I don’t visit that hospital because it reminds me of him. I have stopped going to Kalpa Flourists because the flowers there reminds me of him. I don’t go to that hostel where he used to live. I no longer search him on facebook because after so much of efforts I have realised that we were destined to never meet. It was God’s role play that he sent you as an angel who gave me life and I am greatful to you for this life.  I just pray that where ever you are, you just stay happy. But yes, You will always be my MYSTERIOUS U who came in my life and just vanished like a mystery. 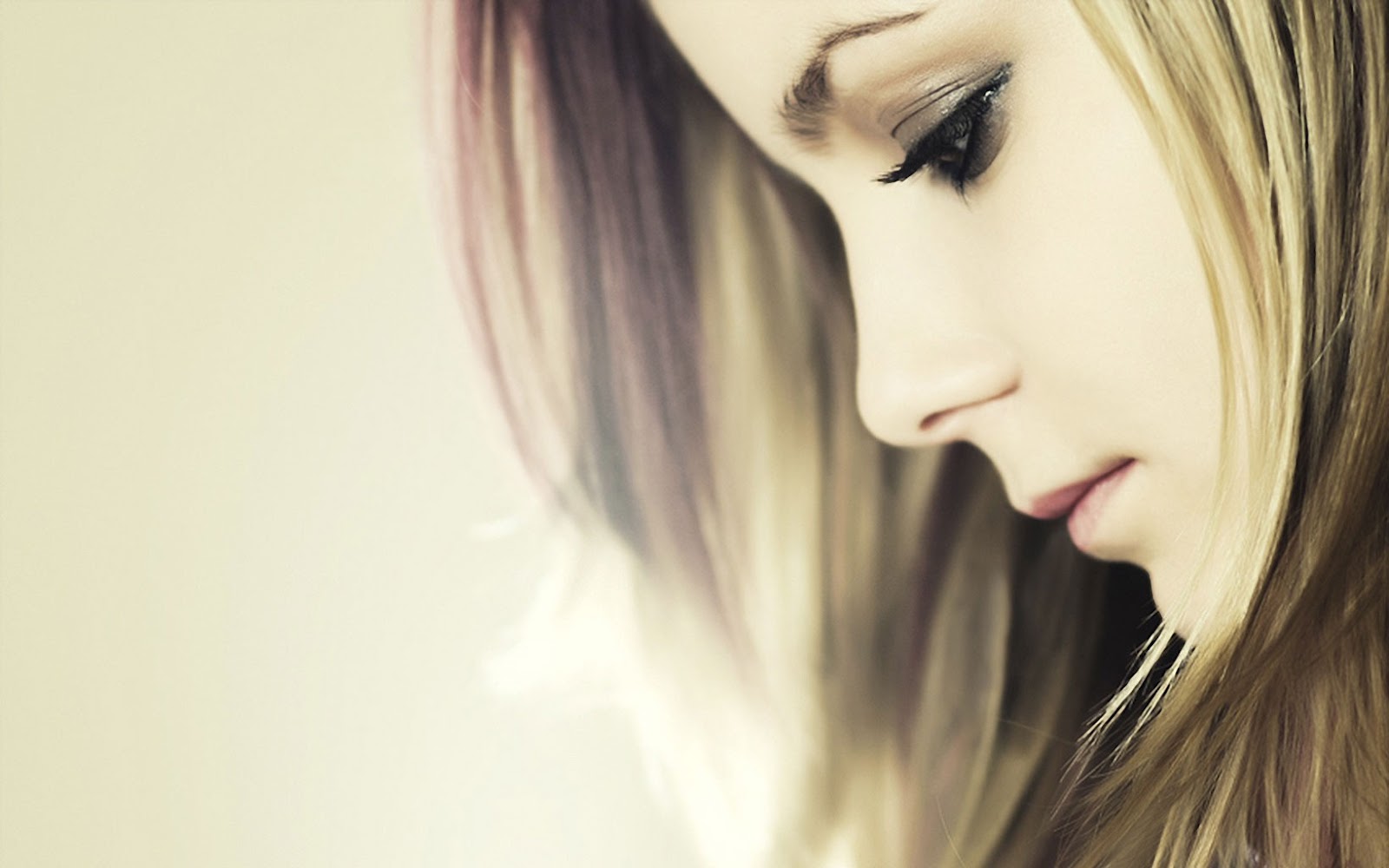 This is Sara (yes, you used to call me after you heard it from my dad) signing off! This post will remain close to my heart.